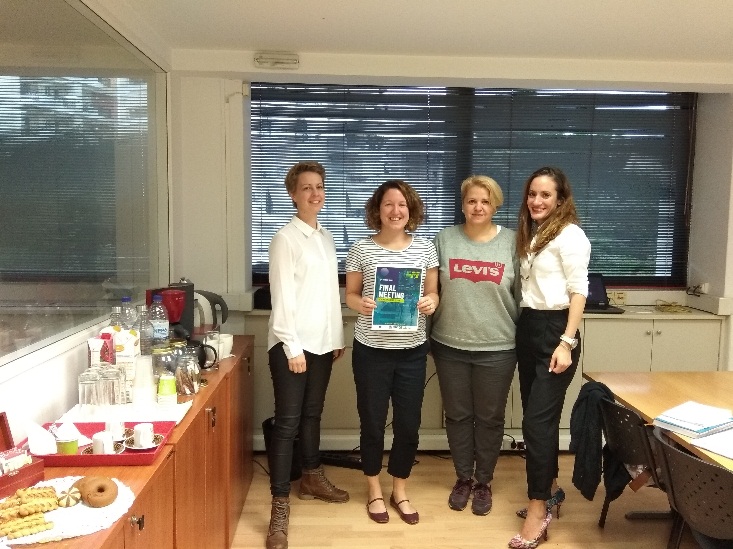 Members of the five partner organizations met at 27th of November in Athens, Greece, to attend the final meeting of the Women in Sports Media project. The Transnational Meeting was hosted and organized by European Institute for Local Development.

The purpose of the Meeting was to demonstrate the progress of the project through its implementation in an effort to drew conclusions and evaluate its outputs. More specifically, the partners present project results, the achieved objectives, they shared experiences earned during the project implementation, they analyzed the difficulties encountered through. Finally, partners discussed about financial issues and final reports.

Meanwhile partners coordinate their actions in order to achieve the best possible impact in medias. To be more specific, they discussed about the procedures that should be followed in order to foster the women’s sports media coverage and they overviewed the quality control and dissemination activities.

The Women in Sport Media project is co-funded by the European Union and is implemented under the program Erasmus + Sport. The project deals with the equal opportunities of men and women in sport as well as their equal visibility in the mass sports media.

The organizations that participate in the project are: Women in Sport (United Kingdom), Girls in Sport (Sweden), European Institute for Local Development (Greece), West University of Timisoara (Romania), Foundation for the Promotion of Social Inclusion-FOPSIM (Malta).